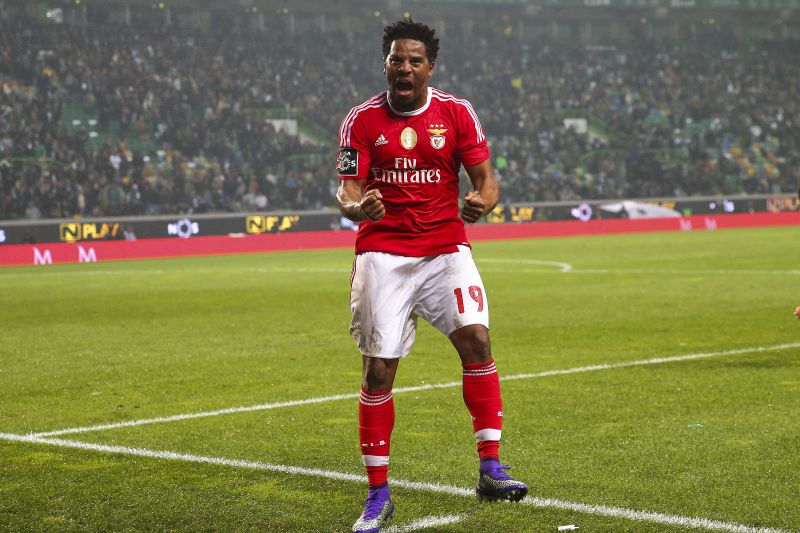 Where and when was Eliseu born and who does he play for?

Being an Azorean myself, I can help answer this question. For more information about his international level career with Portugal, please read it here.

Eliseu, whose full name is Eliseu Pereira dos Santos, was born on Saturday, 1 October, 1983, on the Azores, on the island of Terceira, in the city of Angra do Heroísmo, to a Cape Verdean mother, Inês Furtado, better known and only known as Néné, and to an Azorean-Portuguese father of Cape Verdean decent, José, who was born and raised on Terceira.

Eliseu’s mother  was a teenager when she emigrated to Terceira from Cape Verde after the Revolução dos Cravos, but had to make a return home after the Sismo 80, which had killed 64 and causing 14,774 to go homeless, Eliseu’s parents being one of those 14,774 homeless; his parents then resided for one last time back to Terceira 2 or 3 years after the Sismo 80; his later divorced when Eliseu was a teenager; their divorce was in good terms and they remain good friends as of this day.

Eliseu’s father is an ambulance driver for the elderly, whilst Eliseu’s mother is an owner of a Cape Verdean restaurant that she opened a few years back that is mainly of Cape Verdean cuisine, of course, but there is a little bit of Portuguese cuisine here and there; her restaurant is called “Restaurante A Africana”; it is located in Posto Santo, which the word “Posto” is often misheard and misspelled as “Porto” to those unfamiliar with region or the Portuguese language; it is a parish located in Angra do Heroísmo.

Image credit: Me, myself, and I taking a wide photo shot of “Restaurante A Africana” in Posto Santo, not too far from where my family live.

After his parents divorced, his mother became a single mother of 5; it was very difficult for her to raise all 5 children on her own, of course, but still managed to take the time to take care of Eliseu and his 4 other siblings and to always be there for Eliseu and his 4 siblings; she was, and still is, a hardworking mother and a good one at that!

Eliseu is a Benfiquista and his elder sister Anabela is a Sportinguista. Eliseu, just like the average Portuguese kid during Eliseu’s childhood era, grew up supporting Benfica, a team he still supports as of today; it was a boyhood dream of his to play for Benfica, of course, but never got that chance; he was actually close to playing for Benfica after being offered various offers, but each of those various offers had failed.

Eliseu was a lad that would use the football in a way that no other Azorean of his generation did. No one taught him how to play football, as he taught it on his own. There was just one thing missing in him during his youth career and that was discipline. Eliseu would often play football rather than going to school to study; he would go out to the school yard playing football, but would sometimes walkout of the classroom or even skip school to play it. Eliseu’s mother would receive phone calls from his school various times from the orders of his teacher telling his mother that Eliseu was playing football at the school yard rather than going to school to study. His mother would discipline and would obligate him to go to school each time she received a phone call from his school, but the disciplining and obligating would often fail to work; he would always tell his mother that he did not want to study; he wanted to be a footballer.

Eliseu then thought of a sneaky idea to throw his now old and torn pair of shoes out the window and leave the house wearing construction boots so that his mother would see him going to school wearing the construction boots, but would change into his now old and torn pair of shoes to play football with and to also go out and about doing a typical thing that a terceirense lad would do, such as watching bullfighting, or rally racing, or any other typical terceirense thing.

However, Eliseu was still lacking discipline and a lot of it, despite he kept his promise to his mother that he would go to school everyday to study, because he would sometime skip training and playing football for his team; he would have these moments where he did not want to play football, as he wanted to be a matador rather than growing up to be a footballer; he was crazier for bullfighting than he was for football.

Eliseu’s ex-manager João Medeiros and his staff had difficult times controlling him; they would discipline him at times after chasing or looking after because he would often sometimes skip training and at other times skip matches so that he could go and watch bullfighting with his friends rather than training and playing football. He would then have these other moments where he would only be a footballer if he was allowed to play for Benfica and only for Benfica, as Benfica was, and still is, his club; he would always talk about Benfica and continues doing so as of today, just not as much as when he was lad.

However, his passion of wanting to be a matador when growing up had changed after the president of Os Belenenses took the prodigious young talent Eliseu with him to Os Belenenses for first team experience, where he would instantly be booked to play for Os Belenenses. I would like to point out that the Os Belenenses staff had been looking for Eliseu after they had noticed he had not arrived for his first training. One of the Os Belenenses staff arrived at Marítimo Sport Clube asking João Medeiros where he was and that he was late for tranning. Not knowing that he had skipped training, João Medeiros answered that he was training at Os Belenenses. When finding out that he had not yet arrived, they both went looking for him and found him watching a bullfighting event with his friends. This would end up being the last time that Eliseu would do something like this after enjoying the first team training a lot, which had helped change his maturity.

Eliseu currently plays in Spain for Málaga and has currently scored 9 or 14 goals in 78 or 110 appearances as of this day.

From there at Marítimo Sport Clube, he joined Marítimo Sport Clube’s sister football club Os Belenenses where he had scored 1 or 3 goals and made 35 or 52 appearances from 2002 to 06, but I should point out that he spent a 1 year loan at Varzim scoring 3 goals in 15 or 16 appearances after showing many impressions in Portuguese football during his first 4 seasons with Os Belenenses, especially when he helped them reach the semi-finals of the Taça de Portugal in the 2003 to 04 season for the first time since the 1989 to 90 season after eliminating Estoril Praia in penalty shootouts before being eliminated themselves at the semi-finals by eventual winners Benfica by 3 goals to 1!

From there at Os Belenenses, he was transferred to Málaga scoring 7 or 10 goals and making 72 or 73 appearances from 2007 to 09; he then officially became Málaga’s starting XI in his last season; it was the second time in his career that he had been in a starting XI squad in professional level, but the first time outside Portugal. Whilst having a successful career with Málaga, Marítimo Sport Clube was having an unsuccessful moment when it came to payments, which ended up causing a 3-way-controversy with Marítimo Sport Clube, Málaga, and Lazio that lasted nearly 7 months after the board of staff at Marítimo Sport Clube filed a document 10 issue to FIFA complaining to them that they were late in receiving payments from both Málaga and Lazio that had involved Eliseu’s transfer to both clubs. Everything eventually got settled after Marítimo Sport Clube received their money after FIFA’s warning to Málaga and Lazio.

From there at Málaga, Eliseu was transferred to Lazio and then followed by a loan to Real Zaragoza; his transfer move to Lazio was not what he had accepted after being overshadowed there, as he warmed the bench nearly most of the first half of the 2009 to 10 season; he only made 2 appearances throughout the first half of the season, both being substitutions. Not good for a player who had helped Os Belenenses reach the semi-finals of the Taça de Portugal and being part of their starting XI and even Málaga’s starting XI.

Eliseu was then loaned to Real Zaragoza from Lazio during the January transfer window and making 21 appearances in the process from January to June, more than that of Lazio; he scored 2 goals for Real Zaragoza, which the 2nd goal was one of his most memorial ones and also one of Real Zaragoza’s and the supporters’ memorial ones during the last fixture of the La Liga season on 15 May of 2010 after scoring a crucial goal from 35-yards, just 4 minutes after kick-off; it was an incredible free kick and an unforgettable one for him and for the Real Zaragoza supporters, because his goal had saved Real Zaragoza from being relegated to the Segunda División. Mind you, I should point out that his side had scored 2 more goals and his opponents had scored 3.

Eliseu re-joined Málaga in the following season; he was hoping the newly appointed fellow Portuguese manager Jesualdo Ferreira would give him his starting XI back after he had to abandon it when transferred to Lazio and loaned to Real Zaragoza; he eventually got it back and it still remains with him as of this day, even when Manuel Pellegrini was appointed manager on the 5th of November of 2010 after the sacking of Jesualdo Ferreira.